The Geoffrey R. Weller Library on the beautiful UNBC campus was rapidly running out of space to store their journal collection. They were forced to think outside the box, as a costly expansion was not a viable solution, and off-site storage would limit access and hinder workflow. They had already invested in the static shelving that was in use, so spending additional money on replacement shelving would be costly and wasteful.

A Mizer Mobile System was the best solution for this room. By eliminating wasted aisle space, the system increased capacity from 74 existing shelving units to 280 shelving units. This enabled the library to compact the book stacks into substantially less space while facilitating the expected growth of the bound journal collection. To allow for multiple user access points the system was grouped into 6 blocks. Existing shelving was seamlessly mounted on the Mizer system, eliminating waste and saving money, space was saved and maximized, and workflow was streamlined. 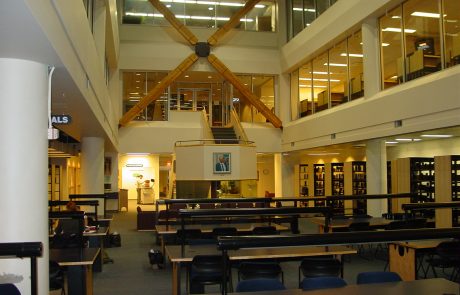 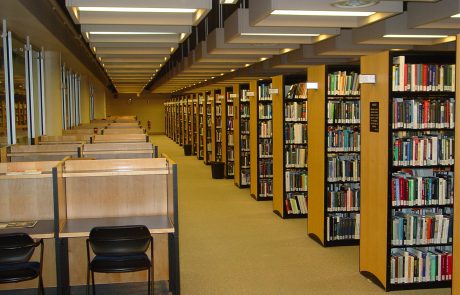 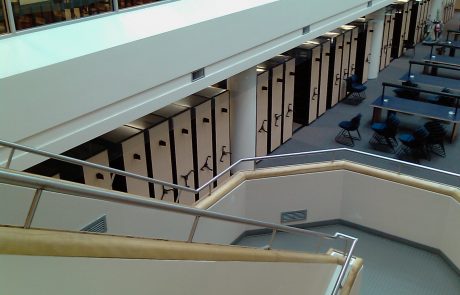